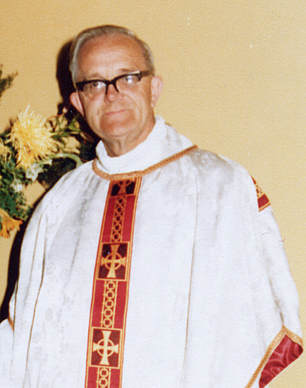 Fr Edmund Motherway died on Thursday 20 December 2019 at 3am. His Funeral Mass was  celebrated at 12noon on Saturday 22nd December at St. Mary's Church Ladysbridge, County Cork; Burial afterwards in the church grounds.His health had been failing for some time, but being 100 yrs old that is not really surprising. On 18 December he celebrated 75 years since his ordination in 1943. He was Parish Priest at St Peter’s from 1970 until his retirement in 1991. May he rest in peace.

Apart from the parish Masses for him, there will be a Diocesan Mass for the repose of his soul in the New Year